The perfect playset to fuel kids’ passion for ninja action
This NINJAGO vehicle building set includes 4 minifigures: Golden Dragon Kai, with his elementalweapon and a pair of golden dragon wings adorned with spikes; Golden Cole; the serpentine General Aspheera, armed with a crystal weapon; and Vengestone Brute with a sword.

Cool toys for little ninja
NINJAGO toys transport kids into a thrilling world of fantasy action where they can team up with Cole, Kai, Nya and all the ninja crew to face down a cast of dangerous villains and play out adventures with an extensive collection of playsets including mechs, cars, dragons and temples. 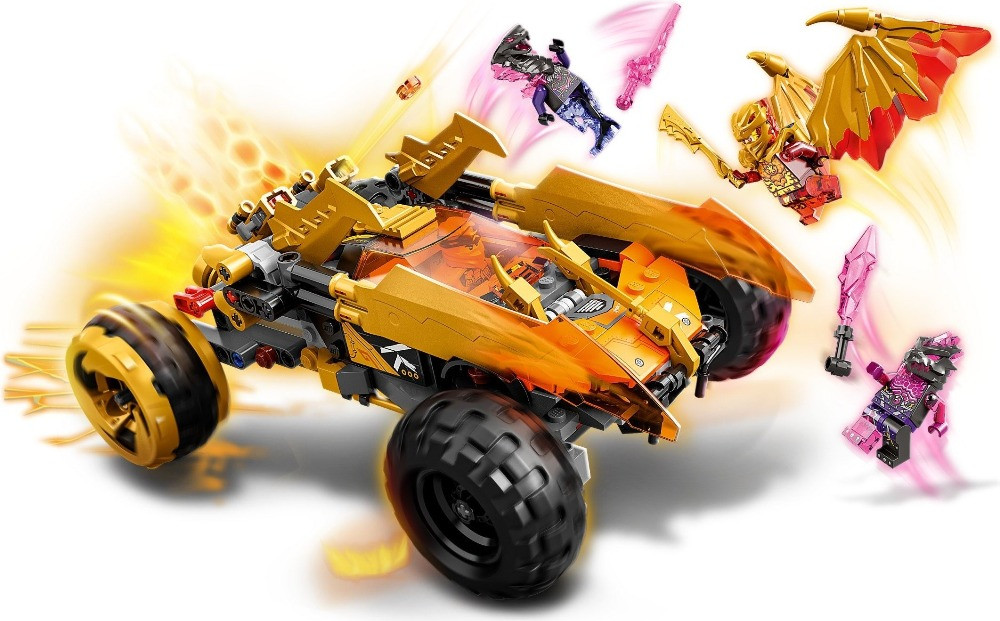