Kids aged 9 and up can stage their favorite scenes from the NINJAGO®: Crystallized TV series with Lloyd’s Golden Ultra Dragon (71774). The dragon playset includes NINJAGO’s biggest ever dragon, featuring 4 heads, highly posable legs and tail, and a pair of wings that unfolds into 3 blades – all in gold!

A building set to capture the imagination of ninja fans
This building set is packed with 9 minifigures: an exclusive Golden Oni Lloyd; Golden Cole, Golden Zane, Golden Kai and Golden Jay, who are all armed with their elemental golden weapons; Crystal King; 2 Vengestone Brutes; and a Vengestone Warrior.

A fun digital experience for LEGO® builders
The playset comes with interactive digital building instructions to make the building experience even more fun. Available in the free LEGO Building Instructions app for use on smartphones and tablets, the zoom and rotate tools help you visualize the model as you build. Builders can also save their progress at any point on the app. 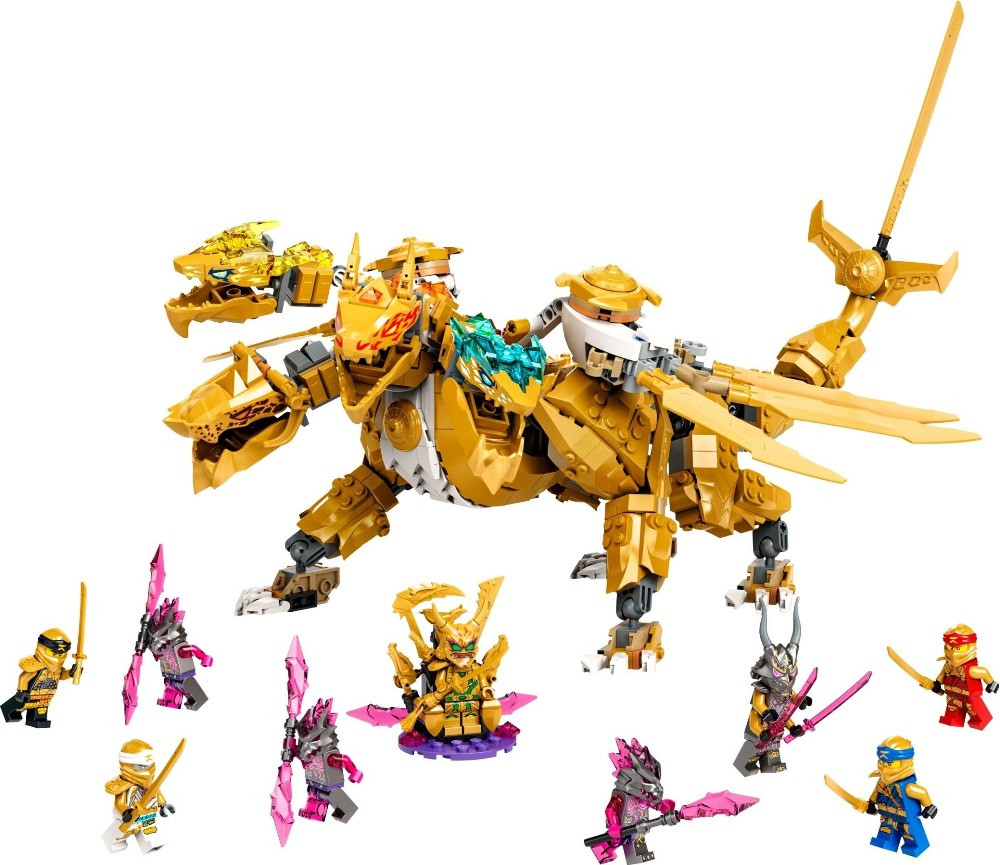